Discover the story of our co-worker Elisa Chacón!

One of our challenge at Moneytrans is to give more visibility to the women around us: clients, co-workers, partners or friends! That’s why we would like to introduce you today to Elisa Chacón, one of our latest arrival to the Moneytrans family. Elisa is already part of the Technology Department, which until a few month ago was only composed of our IT boys. It is essential and enriching that women’s ideas and experiences equally influence the design and use of the innovations that will shape the societies of the future. For this reason, today we want to share with you her vision of women in the working world from the first-person perspective. This is her story!

Who are you Elisa?

To answer this question, I could tell you from where I come from and why I am in Spain. But I don’t things that these things define us as people, what defines us is rather what we have done over the years to contribute positively in the lives of others. But if I have to answer focusing on the working world, I would tell you that at the beginning of my career I read a book that really impacted me. It was entitled “How to win friends and influence people” by Dale Carnegie. In this book, I learned that integrity must be the cornerstone of every company and every worker. But in addition of what I learned in books, the values of respect for the human being, of cohabitation, of justice, of leadership and excellence that I have been taught in my home have also served a basis for my personal and professional life.

What did you study? How was your experience as a university student in predominantly male studies?

When I was little, I asked my father to take me to the airport to see the planes take off. I was curious to know how planes could fly and that is what led me to study Mechanical Engineering and Aeronautics.

[mkd_blockquote text=”When I started studying at the School of Engineering in the University of Puerto Rico, it was kind of rare to see a woman in class. And even less when I went to study in the United States in one of the most prestigious aeronautics universities which is commonly called “The Harvard for the Sky” because 95% of the students were men.” title_tag=”h2″ width=””]

My academic experience had its ups and downs, not so much because of my classmates but more because of the treatment I received from some of my professors. I remember that one of my teachers demanded to the students to write the results of their work on the board and to explain the results in front of the whole class. I did not know why by he always asked me and another classmate. And when it was the time to choose the team leaders for the final year project, I was not surprised that he made me leader of the team for the “wing project”, the heart of an airplane design. When I finishised my studies, I went to say goodbye to that famous teacher who had made my college career so difficult. I wanted to ask him why he had been so hard on me and I was surprised by his answer when he told me that he had done that to make me understand that aeronautics was a man’s world, that I had to be strong and that he helped me to build my character. This is how I learned that sometimes, things are not how they seem to be. And as persons, we should always give the benefit of the doubt to people, whether it’s a man or a woman.

How do you think the world has progressed on gender equality issues?

I think that some countries have made much more progress than others. But all of these issues are linked to the governments’ commitment to equality. At this time, only 6 countries around the world are offering total equality to women and these are: Luxembourg, Sweden, France, Belgium, Denmark and Latvia. In the United States, I got involved in organisations such as the Society of Women Engineers or the Society of Hispanic Professional Engineers and the common feeling of the women into those groups was that they felt in a competition race where men were on a jet and women on a bicycle. But as women, we must fight for those rights and not by acting in a strange way as I could see in demonstrations or news, but by demanding equality from our governments.

[mkd_blockquote text=”I think that everyone wants the same thing, be able to find the right balance between the professional and the personal life, a fair salary and the same opportunities in our careers.” title_tag=”h2″ width=””]

I also think that if companies cannot grant us these rights, governments should do it. The education received at home as woman or man also influences the issue of equality. A man educated who is educated to respect women’s rights, to avoid stereotypes and to equally share the household responsibilities is a man who will be able to value the contributions of women in any field. On the other hand, a woman who is taught that being a woman is not a barrier to study, that she can do what she likes and go as far as she can, is a woman who will always act with self-confidence, without complexes and who will have better success in the working world.

What is your vision of women in the working world?

I got my first job when I was 16, a student job as a secretary in a student job office. At that time, I think that women’s work was quite stereotypical and that most people believed that women were only qualified for certain jobs. Today, women have shown that they are able to do any type of work (as long as their physical strength allows them) and that they can do it as well or sometimes even better than men.

[mkd_blockquote text=”We should not focus that much on the differences between men and women but rather on how we can work as a team to ensure that our strengths and abilities will benefit the company. Just as multicultural teams can enrich a company’s culture, ideas and decisions.” title_tag=”h2″ width=””]

One of my favourite business stories is not one of a woman but of a character named Colonel Sanders (KFC). At 63 years old, the colonel was about to end his life because he felt that he was failing professionally, and at this very moment he thought: “What motivates me and what could I do well?”. And then he remembered that he had cooked a fried chicken that was the envy of his whole neighbourhood. And many of us know his following success. So, as workers, the important thing is to find out what motivates us and what we can do exceptionally well. Ultimately, every company will value your work, whether you are a man or a woman. But it is true that there is a glass ceiling in the workplace where women have difficulties to access. The key is not to spend time complaining about it but to do everything we can to break it. My favourite writer has always been Jane Austen, not because she wrote romantic novels but because she broke the barrier that existed at that time about women writers.

What would you say to a woman who is just starting her professional career?

I’m currently reading a book called “Man’s search for the meaning of life”. It is about a Jewish psychiatrist, who was a prisoner in the Auschwitz concentration camp. Among the author’s various thoughts, I noticed one about seeking a goal in our lives, both personal and professional and that each of us has free will to decide what we want to do in our lives, regardless of the circumstances. Circumstances can vary, including being a woman in a men’s business world. If I had to give advice to a woman (or anyone else) who is starting her professional career, I would tell her to think first about what motivates her, about what she wants to do and where her career can take her. Not all workers are dreaming about being CEO and it is just as important to be a leader as it is to be a follower (or executor).

[mkd_blockquote text=”For this reason, you must set yourself clear objectives and not compare your professionals’ results with others but with yourself. And finally, you have to work hard to get what you want, and you should not be afraid of taking initiative when you have to condemn inequalities and injustices, especially in the workplace. ” title_tag=”h2″ width=””]

Our team is our success. That’s why the visibility of women around us is one of our priorities!

At Moneytrans, we want to add our grain of sand by highlighting initiatives that promote education, women’s empowerment and global integration and we are open to collaborate. We are not just a money transfer company; we are much more. Discover all the actions that we carry and JOIN OUR CHALLENGES! 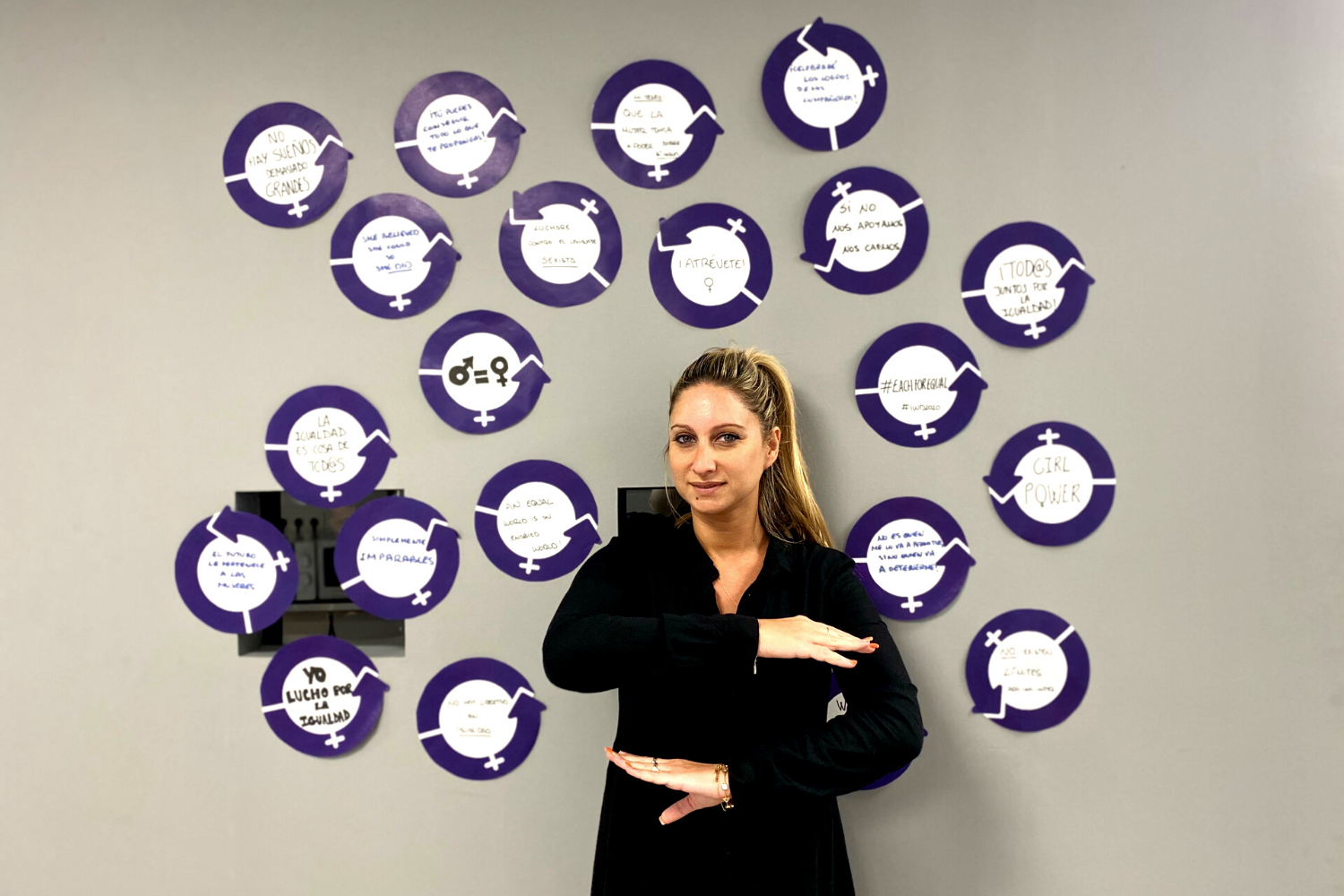 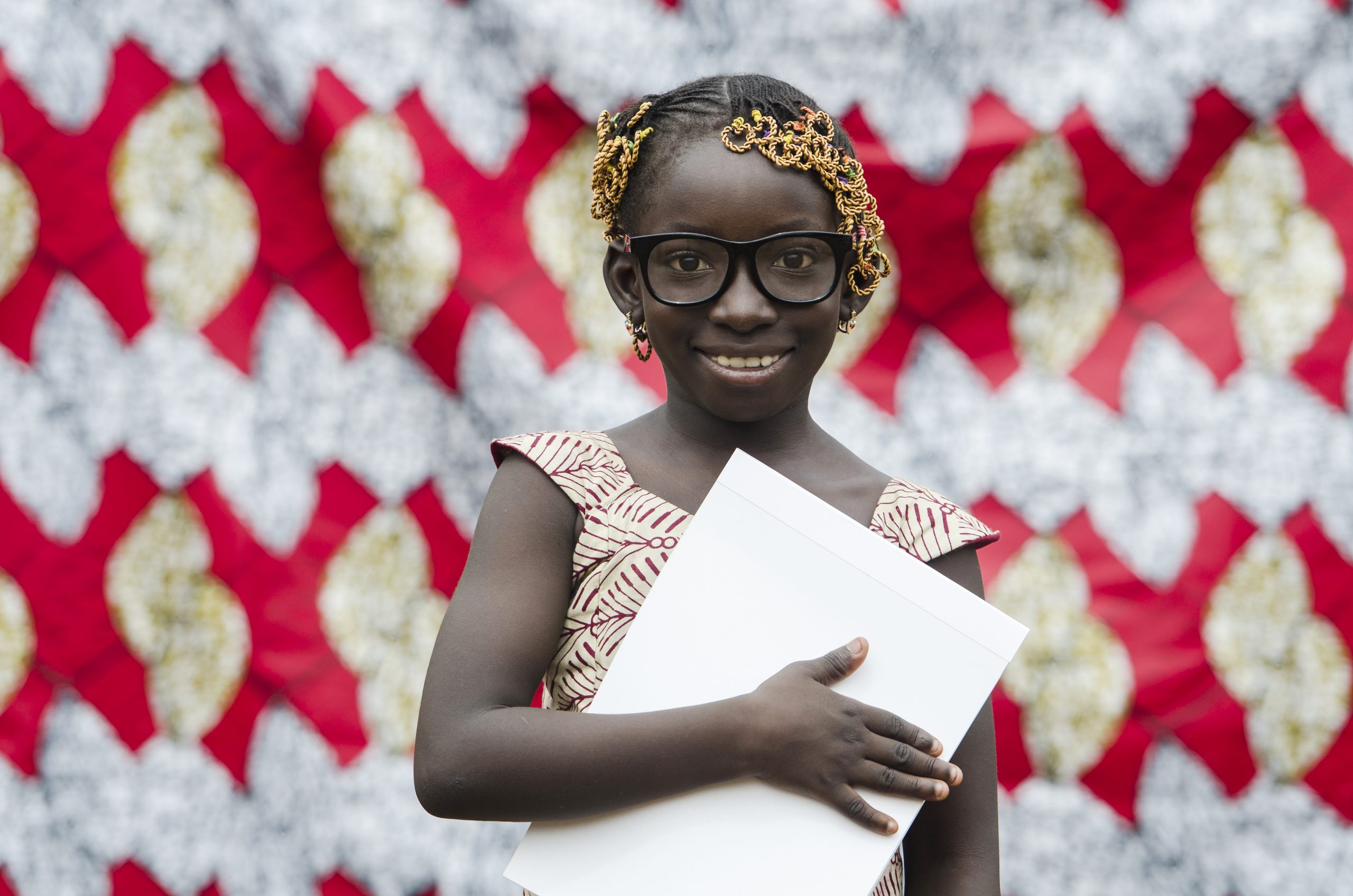 Literacy: a bridge between cultures!

In 1966, UNESCO proclaimed 8th September as International Literacy Day (ILD) to remind the world of the importance of literacy for each and every citizen of the international community,... 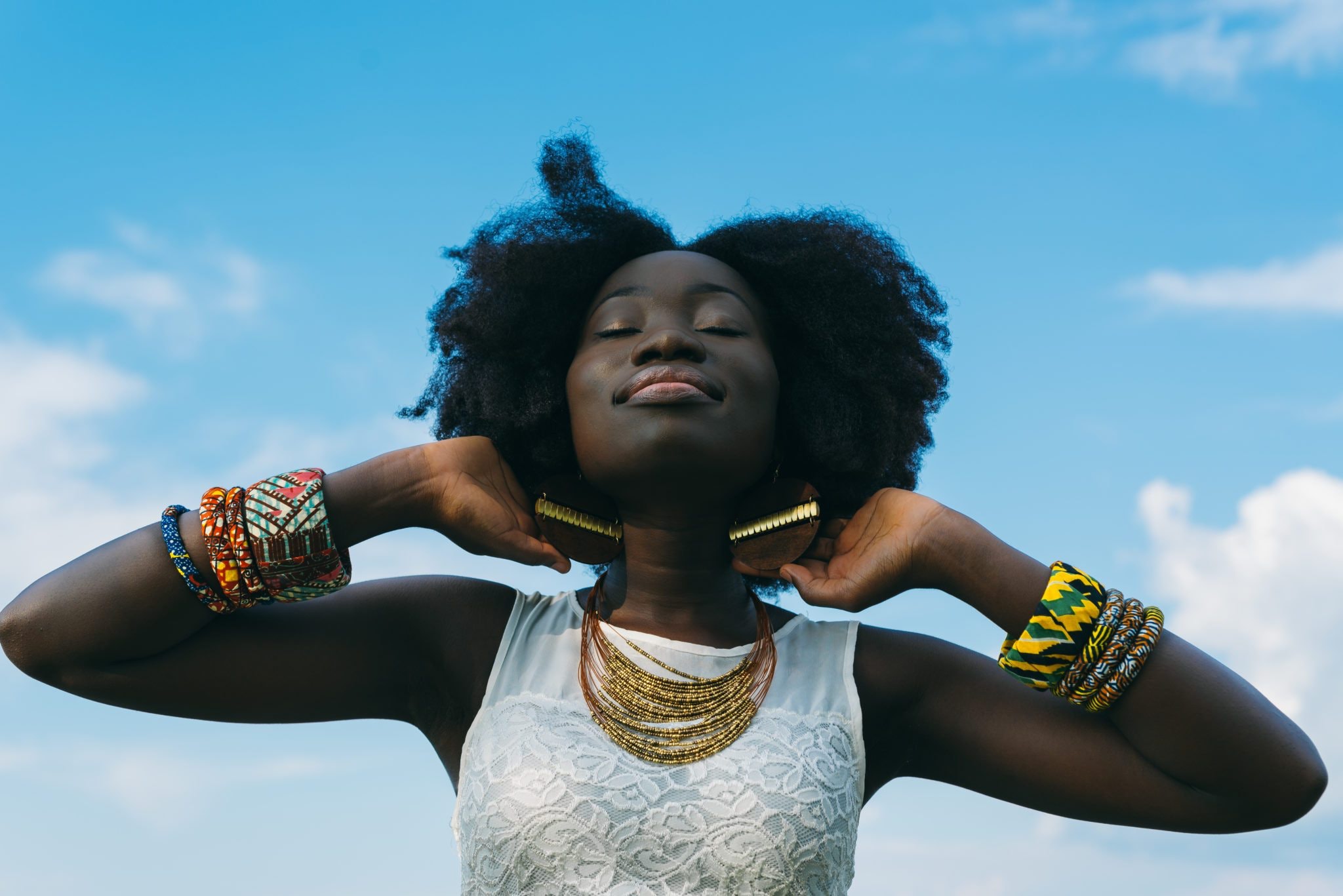 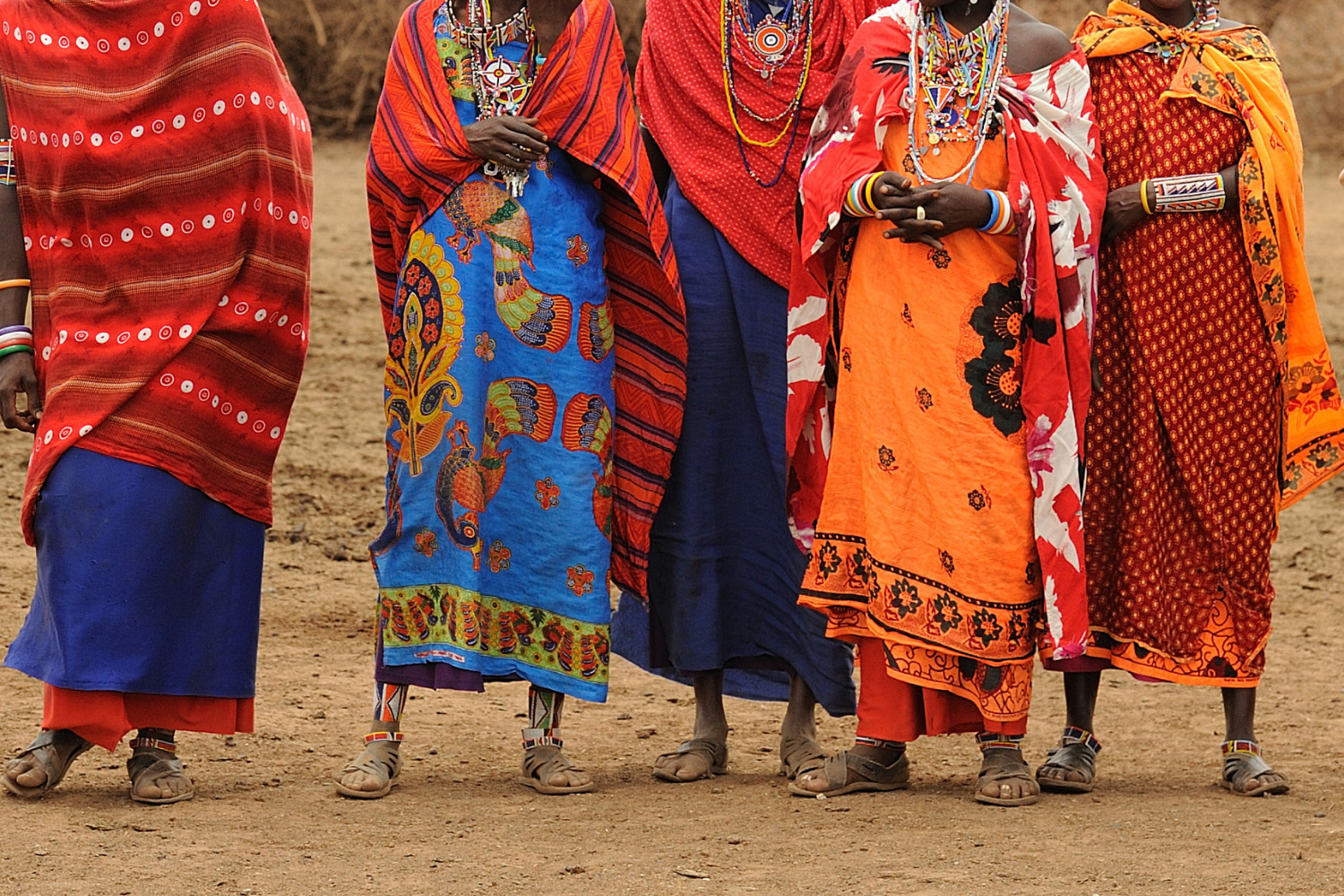 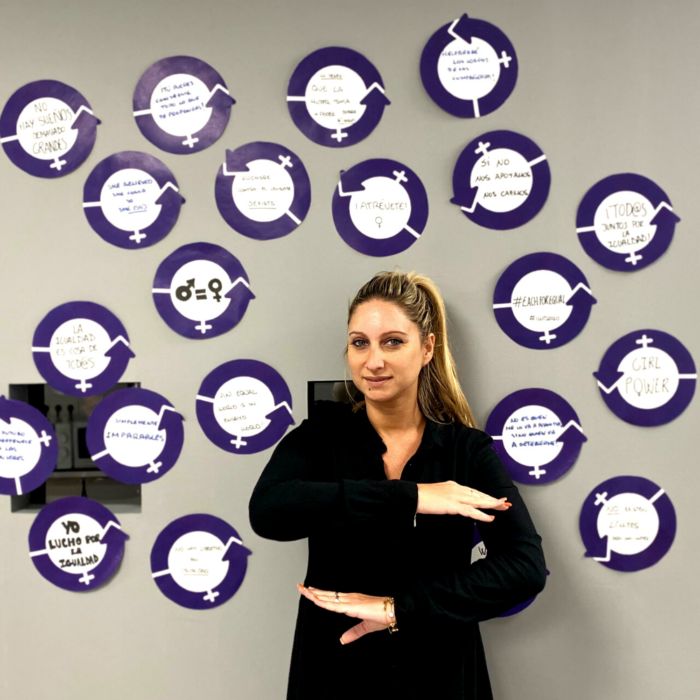 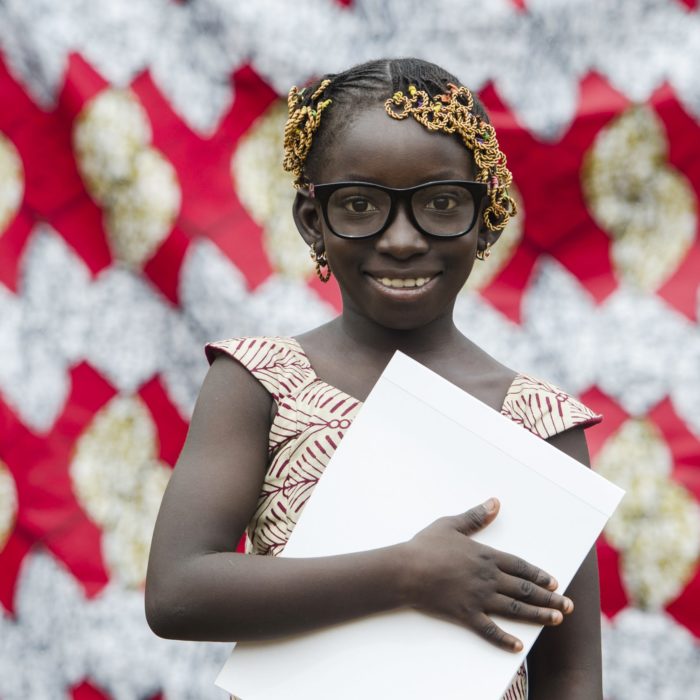 Literacy: a bridge between cultures!

In 1966, UNESCO proclaimed 8th September as International Literacy Day (ILD) to remind the world of the importance of literacy for each and every citizen